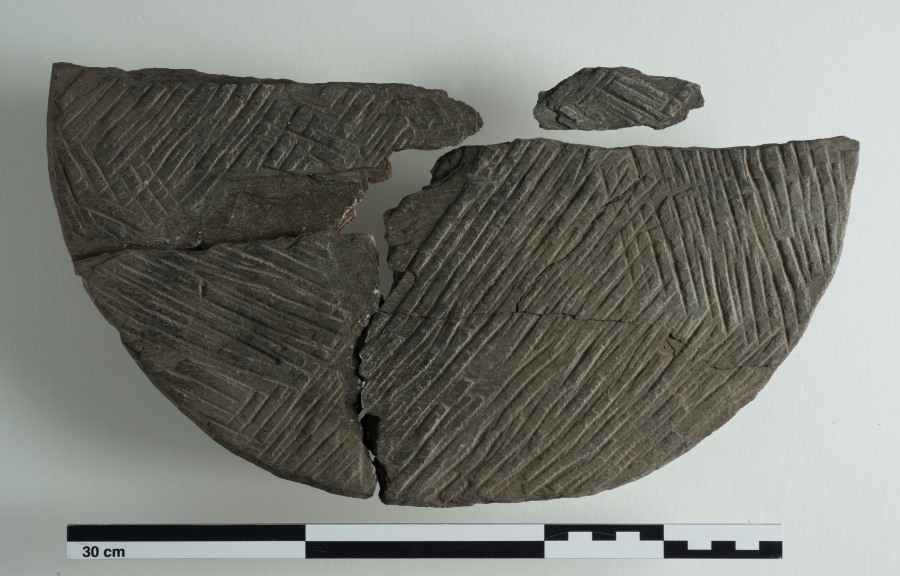 Soapstone is a very interesting material. It is a stone, but it is so soft, you could make a mark in the stone with your finger nail and therefore easy to process. The soapstone is also refractory and has had significant use as a building block, for fireplaces and household utensils. Many old church buildings and other monumental buildings are built of soapstone. The most famous and most known building made of soapstone in Norway, is Nidaros Cathedral in Trondheim.

There are many archaeological finds of soapstone objects, such as for example pots and other utensils. Also, numerous soapstone quarries from the late Bronze Age, Viking Age and the Middle Ages are known throughout Norway. Today, soapstone is primarily used for restoration work.

The Norwegian word for soapstone, is ‘kleberstein’. Kleber is derived from the Old Norse word kljár, which means vevstein or vevlodd (loom weight). Loom weights were usually made of soapstone. Other old Norwegian names for soapstone are fettstein (fat stone) probably because it absorbs fat very easily, grytestein (pot stone), grøtstein (porridge stone), grjot eller blautegrjot. Grjot is also an old Norse word in which other more modern words like gryte (pot), graut or later grøt (porridge) and grut (grounds?) originate from. Soapstone was used in ancient times as a material for pots – pots in which they would make porridge and such.

We have many finds made of soapstone from Trøndelag. For the most part there are loom weights, cookware, bowls, baking plates, drinking vessels, lamps, sinkers and casting molds. I now want to show you some of the soapstone objects we have from Trøndelag.

First out is the loom-weights.

Here are some pieces that has been categorized as cookware.

Here are a few different things with handles. The first one is categorized as a ladle, the second one a lamp, the third a vessel and the ones in the fourth picture are categorized as crucibles.

Then there is a few objects that might have been drinking vessels.


Do you own something made of soapstone?


If you want to read more about soapstone, I found some amazing articles while doing research that I didn’t have time to read. Here is one from Per Storemy, one from NGU, one from Universistet i Bergen and one from Universitetet i Oslo.

You can also find me here:

Welcome to my blog! 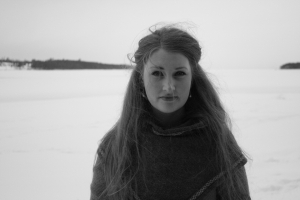 I am interested in the Viking age and the Vendel/ Merovingian period. I visit historical markets and events all over Europe together with my boyfriend where we convey the daily life of the two periods, demonstrating historical cooking, different historical crafts and showing the clothing style of the periods. I make my own historical garments and do a lot of different crafts. If you are interested in history, archaeology or craft of any sorts – this is the blog for you!

Please feel free to contact me if you have any questions or if you just want to say hi.

How many have seen this page?